Text that is reddish, covers a link!  The pages are informative – not therapeutic. 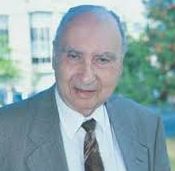 I have thought about this for a long time and have within the past year become convinced that this vitamin is so versatile because it moderates or relieves the body of the pernicious effect of chronic stress. It therefore frees the body to carry on its routine function of repairing itself more efficiently. 1995.(http://www.doctoryourself.com/hoffer_niacin.html)

Vitamin B3 is used both mental and physical conditions.
It is  needed for hundreds of reactions in the body, which in turn are essential sources of energy for a myriad of cellular functions. Therefore, lack of supplementation or supplementation of B3 vitamin can have very different individual effects. This is reflected in the long list of clinical conditions below.
According to dr. Hoffer seems to be in a development phase, such that in the far distant future, B3 can no longer be formed, but must come with food. The trend is strongest in the individuals who are at the forefront of development. There may therefore be very large differences in the need. Aging may also be important. In addition, severe deficiency for a long time will require greater amounts of the vitamin, and in the worst cases, large vitamin B3 supplements are needed throughout life.
Dr. Hoffer has seen highly developed individuals develop schizophrenia, which he discovered could be eliminated with vitamin B3 supplementation in most cases.
It may also be that a change of diet could change a situation. Some examples of the many B3 vitamin-containing foods are: chicken, tuna, mushrooms, sunflower kernels, peanuts, avocado, green peas, peaches, citrus fruits.

From NDTV:
The digestive system. Vitamin B3 is important for many digestive tract functions, which include the breakdown of fats, carbohydrates and alcohol. This promotes healthy appetite and glowing skin.

About clinical conditions affected by vitamin B3:
(Hoffer, Foster, Saul – Niacin the real story, 2012, and Hoffer, Saul – Orthomolecular medicine for everyone 2008)
(For each condition below niacin and other vitamins are essential.)

[It can be practical doing a  Purchase in USA to get the big B3 vitamin slow-release tablets.]